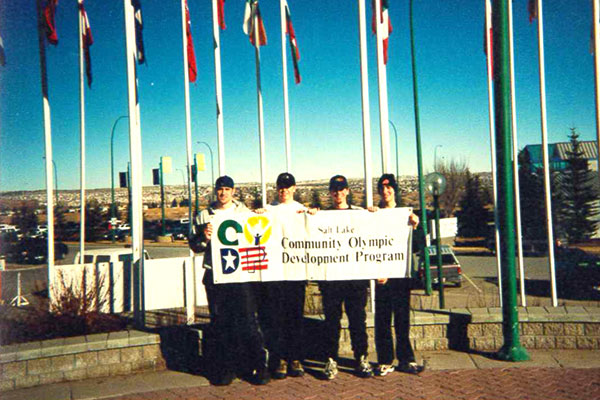 Although the Leavitt vs. Romney match was the most anticipated of the day, Mote Mounga stole the show from both of them. Mounga, a Utah sponsor of Tongan bobsledders, won the event with a time of 36.88 seconds. He was teamed up with Jeremy Holm, 17, of Salt Lake City.

The winning bobsled was designed and built by students from Roy High School. The sled built by Granite High finished second behind the team of Leavitt and Wooten. Romney and Heaton finished third, driving the Ben Lomond sled. Finishing fourth place was the South Summit bobsled driven by Robert Brems and Ryan Darton.