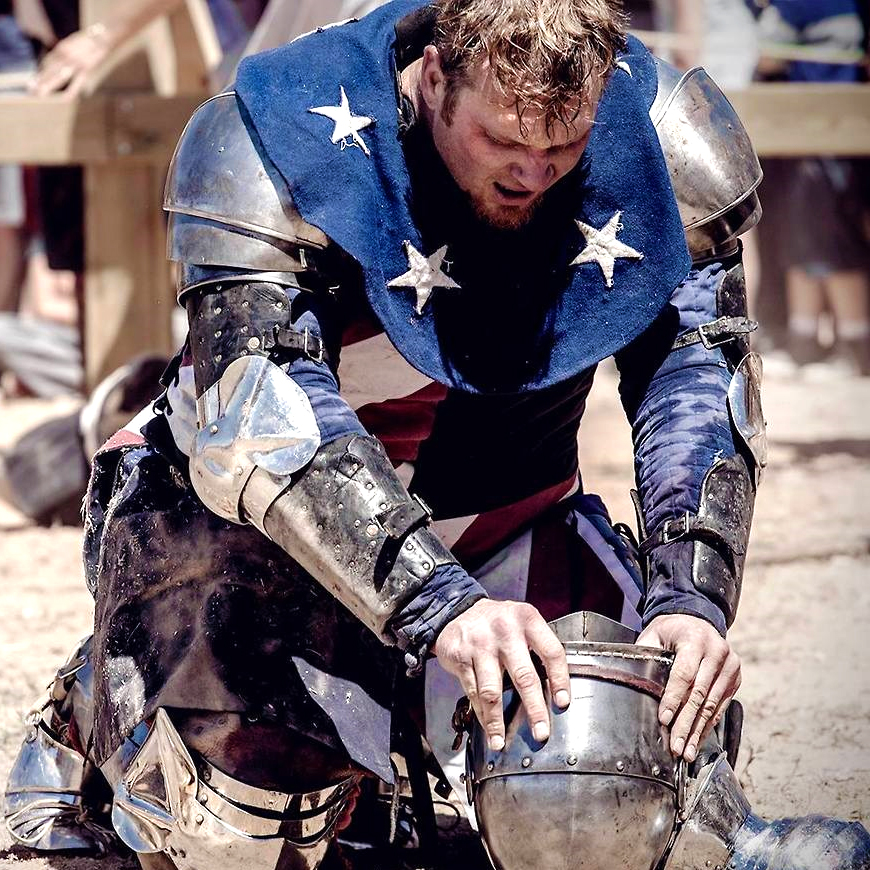 While siting in a seminar recently that delightfully I was able to just listen to instead of speaking at the well-intentioned speaker listed tips to appear more attractive to members of the opposite sex. I wanted to raise my hand and ask, "What is your true purpose in listing those things, is it to educate or to flatter?"

Let's see if any of this sounds familiar. While I agree with some of the traits/items mentioned in these lists online and in magainzes, the others just sound plain sexist if not over the top. For example, ladies you apparently are supposed to be fit (more than one list specifically said so you can look good naked), wear dresses or form-fitting clothes, be submissive, cook well, be a good mom or not have kids (because that's not contradictory), don't swear too much, be educated/intelligent, be giving, be a good friend, don't be overly emotional, and the lists go on and on. I'm not even female and that list felt overwhelming.

Which brings me to the ten-thousand lists out there online, in magazines, journals, etc. that list "Things Women Find Attractive in Men." Now, a little background. This topic has come to mind after years and years of private conversations with some of the greatest guy friends and teammates, coworkers and fellow members of my church. This is not a "poor us" article, but rather one designed to stand as a voice for these men who are amazing dads, hard workers, great athletes, genuine friends and even powerful disciples of Christ who are doing their best. They may not have won the genetic lottery or even the financial one, but these are incredibly good guys.

If this were a Sherlock Holmes story the title would be, "The Case of the Tin Soldier."

A lot of the things mentioned in the What-Women-Want lists were pretty standard: confident, attractive, successful, funny ("I like a guy with a sense of humor", she repeats), passionate/driven, fit (which apparently in some circles oddly requires a beard), financially stable ("She ain't nothin' but a gold digger"), sensitive (which ironically studies show turns some women off), and on and on.

Psychiatrists for years have boiled all this down to "instincts passed down from our ancestors." Men are attracted to vibrant, energetic, fit and good looking women because it means they'll be good mothers and bear offspring. Women are attracted to healthy, strong, successful, capable men because they'll be able to provide and protect. So science says some of this is built into our nature, take that for whatever it's worth.

But ladies, I'm here to talk to you for a bit (not in the "how you doin?" way). My desire is simply to help you understand to a greater degree just what it is like for the great guys around you.

So often we hear girls say (even if  jokingly) that they want someone "tall, dark, and handsome." Obviously not all guys are tall, not all are dark (my apologies to my Irish and British friends), and handsome is truly based on what you're looking for. And while not all girls have let this happen, romantic movies have destroyed the reality of just how human guys are. They don't always know what to say. They don't always know how to make things OK for you. They are not always confident (are you?), they may not always be a gym-a-holic with the demands of work and single-dadhood, they may not even have a $100,000+ annual salary. 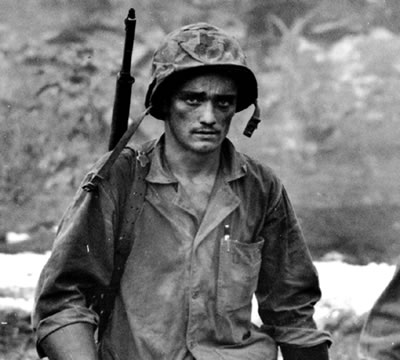 The truth is, a lot of the single guys I know are just as tired and jaded with dating as you are. I hear girls complain all the time, "Why don't guys just grow up and ask us out?" Honest answer: we've had 10, 20, or even 30+ years of doing the asking out and making the first move. Think about how many rejections that is, how many failed relationships, how many awkward first dates, and how many dinners/movies/concerts/etc. bills that is. And when you throw in the realities of divorces they've experienced, the struggles of being a single parent and trying to stand out in a pretty dang saturated singles market (mid singles I mean), the energy to date just isn't there like it used to be. Now, to the guys reading this that does not give us excuse to stop trying or to act less than we should.

Ladies, do you struggle with fears that you won't get married or remarried? So do we. Are you worried about all your weaknesses, flaws and shortcomings? So are we, yet we have to buck up and have the confidence to ask you out. Concerned about those extra pounds? So are we. Do you spend some Friday or Saturday nights getting ready for some social event, all the while secretly wondering if there is someone out there who can truly love you for who you are? So do we; we're just not supposed to show it, because again, "confidence is sexy!"

I think the reason God never created unicorns is because he simply wanted the dating world to understand that there are no unicorns. Make a list of what you really need, and I mean really need from a partner and then look for that, not what society pushes your way as "desirable." When I go to parties I do not look for the girl who is the center of attention. Too often that girl needs, nay craves the group's attention and is unwilling to give up the applause of the crowd for the quiet joys of relationship life. And yes, there are male equivalents to that. They do not want to give up the easy-fixes of being the center of attention and adored by all just to settle down with one girl. You may know these people, maybe you've even dated them.

Ladies, stop looking for a white knight on a horse. In war, the knights that wore the brightest, shiniest armor were those who were far from the frontlines. The important soldiers in a battle, the honest-to-goodness heroes are the ones who go out in harms way and risk getting smashed down. They take the punches, they endure the heat of the day, they sweat, bleed, get wounded, feel the fear and keep going. How do you know who they are? They are the ones with the cracks in their helmet, the dents in their shields, the blisters on their feet, the bloody bandages around their arm, and the look in their eyes that express beyond words the hells they have seen. 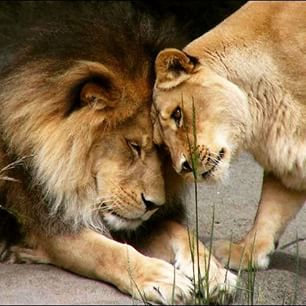 And another thing while I'm on a barely-there soap box: if you want to be treated like a queen, you better be darn sure you're going to treat him like a king. Girls love to say they want a man who will hold the door for them, pamper them, hold them when they cry, tell them they are beautiful, etc. My only rebuttal to this is that a woman is only entitled to such treatment because her heart desires to treat her man with equal respect and care.

My advice to you would be look for the guys who do wear the weight of the world on their shoulders; it means they care so he is going to care for you. Look for the man who is down to earth; he may not always know what to say, but he wants to say the right thing. Look for the guys who isn't worried about buying new toys all the time; it means he is putting his money towards his kids and their futures and doesn't worry about his ego. A real man will do his best to be his best, but he is going to have fears, bad days, crushing disappointments and even failures. News flash: he'll even cry, even if there are no tears on his face. More than anything, in those times men need the healing hands of a loving woman to help them because God knows we are so incapable of helping ourselves. Society teaches us to man up and just be strong about it. Ya, that's effective.

Don't look for the guy who comes across as so Alpha-Male that he exudes Old Spice-grade liquid confidence; often he is so focused in his world that you'll find a hard time becoming part of it. Years ago I made the simple observation that the "bad boys" that some women are often drawn towards come complete with bullet-proof "confidence" which attracts, but in reality they appear confident because they do not care what you think or feel. Their inability to be emotionally moved comes across as strength when in reality it is the biggest weakness in their dating quiver. Egos destroy relationship because ego says "me first!" when true love means "us first."

Be the hero of your own story and find a real man, and I mean real as in good-hearted, imperfect, struggling to be who he wants to be but will die before he stops trying to reach his potential. Don't look for the guy who has to be the center of the party, but instead look for the guy who wants you to be the center of his world. He may be wounded from the battles he has fought in life, but like any good story, love truly can heal, both of you, and who knows what incredible things you can achieve together?

When it comes to the struggles of this life, I have always benefited most from my friends and teammates who have been the tin soldiers, the ones with dented armor because they chose to courageous jump into the trenches with me and fight by my side. They may not have had the most money, the ideal job, the perfect smile or the grade-A lifestyle, but you know what? They were loyal and walked into the fire with me.

Isn't that the kind of guy you want standing beside you in this life?

P.S. If you're waiting to create this kind of life, might I suggest you start working on your Spouse Jar today! 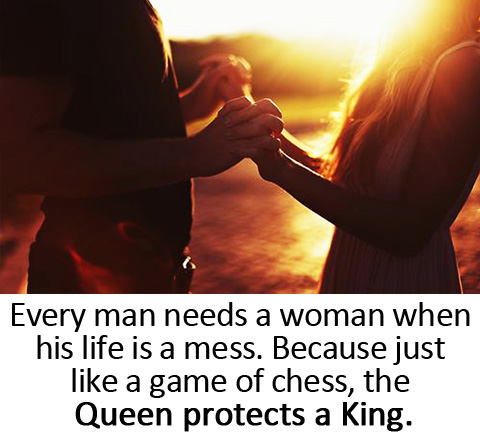 More in this category: « The Future Spouse Jar In the Mind of LDS Midsingles... »

The Greatest Gift We Can Give

On December 25, 1944 a long line of ragged American paratroopers of the 11th Airborne "Angels" Division made their way…

Growing up in Oklahoma, America’s Midwest, I saw firsthand the results of Mother Nature’s terrible might when tornadoes touched down.…