Heaven gained another angel on October 13, 2016 at 11:04pm, Eastern Standard Time. Please consider reading his official obituary here, but first let me tell you a little about that angel, my hero, 1st Lieutenant Andrew J. Carrico III, who would have turned 99 this Halloween had God not called his servant home.

He was not my biological grandfather, but that never mattered to him. Nor me. He was the man who taught me to swim in the ocean off the South Carolina coast. He taught me to dive off the diving board on Hilton Head Island and took us on bike rides around the gold courses when they lived there. He stole our silverware during dinner and hid it when we weren't watching. He allowed us to sit on the back screened porch during their terrific thunder storms and he used to transport the squirrels he caught to the other side of the island and let them go. He taught us how to dig for sand dollars and squirt water jets out of our hands. He taught us to watch for different birds in their kitchen and he loved his tuna sandwiches. He was kind, loving, and strong. Grandy (never Grandpa to us) was courage embodied and taught me so much about what it means to be a husband, a father, a grand father and a hero.

Grandy would never accept that term, "hero", but a hero he was, to me, to you and to the world. Like so many others during World War II he answered the call to serve, to defend liberty, to fight for what is right through the jungles of the Pacific. When I asked him how he felt on his first jump as a paratrooper, one of the United States' most elite soldiers, he said, "Scared; but you had to go." He fought the forces of Imperial Japan through the jungles of Leyte, he fought through the streets of Manila, on beaches and in the hills. He was wounded by a Japanese machine gunner and lost his ring finger and the bullet lodged in his shoulder. Grandpa was tough, brave, efficient, and a natural born leader. From everything I have studied about his military experience he was concerned for his men, calculated each mission carefully and never shrank from his duty in the line of fire. You can read more about his war experience in this article or at the bottom of this post you'll find an audio interview I did with him a few years ago. Please take a moment and listen to it in his honor.

He had seen so much in war that during a hurricane one time on the East Coast Grandy fell asleep while everyone else in the house stayed awake terrified. Grinny woke him up and said, "Andy, if we have to go through this storm you're going to be awake with me!"

There were many times in my life when I was afraid I was facing, when I was not sure how to proceed. Times when I felt lonely or even perhaps unloved. But Grandy and Grinny (my grandma) would send a card or call. I hope this does not sound cliche, but sometimes I would ask myself what Grandy would do. I know he wasn't perfect, but he was the perfect grandfather to me. I wish I had told him that more. I wish I had called more, written more emails or letters, even done video chats which I meant to teach Grinny how to do, but just never made it happen.

I believe that tonight he is being greeted by his comrades in arms, by all his friends from over the years, and by his family who went before him. I imagine he is receiving a hero's welcome down the streets of Heaven in a way no earthly parade could ever match. Most of all, I believe he is being embraced by our Savior, Jesus Christ, who we both have strong faith in, and by our Father in Heaven who watches over us all.

Grandy belonged to the 11th Airborne Division, the Angels. As such, Heaven has gained another Angel to give the forces of evil as much Hell as possible. I love you, Grandy. Please watch over us and be my own personal Guardian Angel. Don't forget to polish your boots, Lieutenant. We need you to fight for us now. Until I make the "final jump" as see you again, God be with us both. 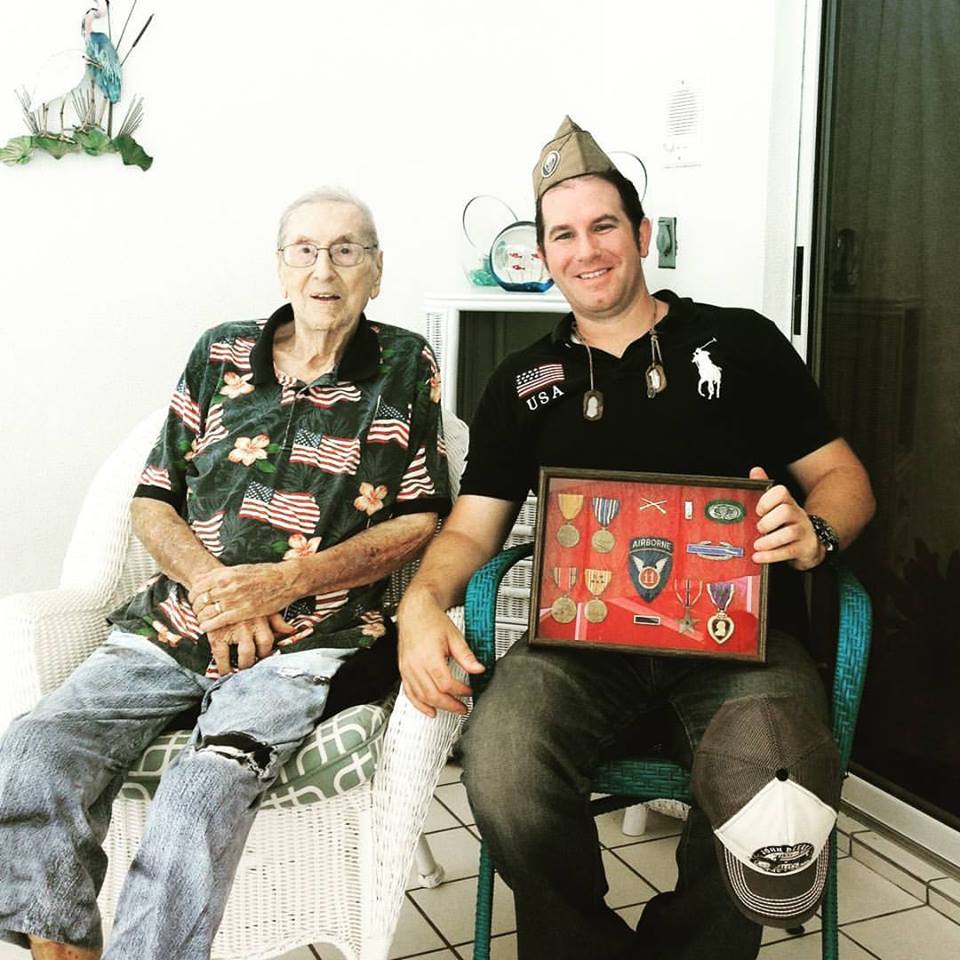 When Grandpa Reports to Heaven
by Jeremy C. Holm

There are people who believe
that angels don't fall.
But let me tell you of one angel,
who always stood tall.

We knew him as "Grandy,"
our grandpa was he.
1st Lieutenant Andrew J. Carrico.
he was our hero, you see.

He defended the world,
from the forces of evil.
As U.S. Army paratroopers,
these angels fought like devils.

Across the Pacific,
they fell from the skies.
They fought in streets and on beaches
and in jungles full of flies.

With two purple hearts
and two bronze stars,
he was a leader of heroes,
and commanded them far.

After the war ended,
he lived a long life.
And my beloved grandma,
he made her his wife.

He taught me to swim,
and dive in the pool.
He called every birthday,
Grandpa was amazingly cool.

No matter the storm,
Grandy never did break nor bend.
But this life is fleeing,
and we all know it will end. 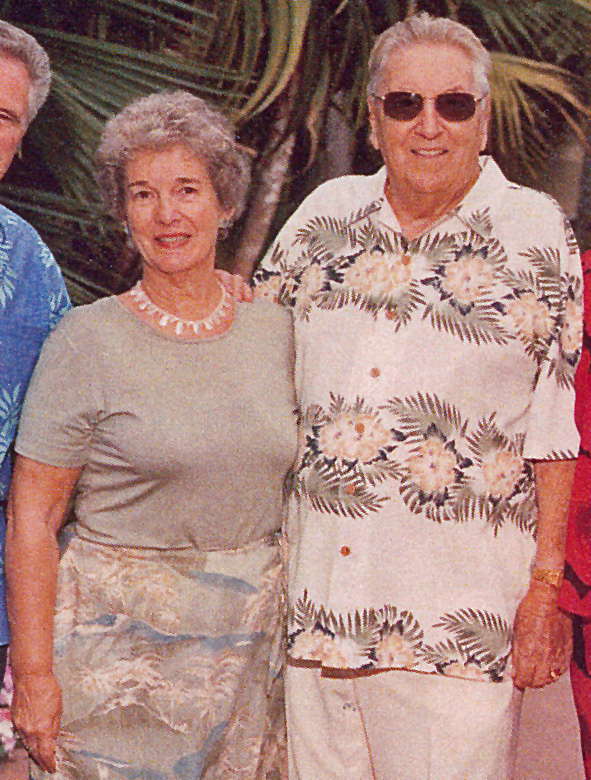 Ninety-nine years,
on this beautiful earth!
Now his spirit's in Heaven,
and rest his eternal berth.

He's reported to St. Peter, Sir,
his former comrades saluted and embraced.
And in God's loving care,
there's a smile on the Lord's face.

A hero's welcome he was given,
a crown of glory he has earned.
his spirit is with us always,
our hearts within us burn.

Heaven gained another angel,
a warrior of truth and light.
And now in his God's service,
for each of us he'll fight.

He's taken his final jump,
on the final flight he can be seen.
And while we say goodbye to grandpa,
he enjoys Heaven's canteen!

So throw one back for me, Grandy,
although I do not drink.
Until I die, a day won't go by,
that of you I do not think.

A recent encounter with a bump in the road (aka "adversity") in the pursuit of one of my goals, for…

The Commandment You Break Daily (And Didn't Know It)

This past week we celebrated Easter, or Holy Week, and remembered the life, death and glorious resurrection of our Lord,…